The Most Humiliating & Intelligent Skills in Football 2019/20

Football is all about skills and that comprises of practice and some born talent.
Mastering these skills defined a footballer and impact his game largely, these help you to control the ball, make spaces, dribble past the defender and help to shoot the ball. while for the defense perspective, receiving the ball, controlling it, tackling an attacker and making others lose possession is the best way to defend.
There are some best and Intelligent skills that you need to learn about in 2019.

Dribbling is very essential in football, not only for the attacker but also in the defending section. It helps you to make spaces against the opponent when you are moving towards the net or going, past defenders.

If anything is important in Football, it is passing, the way you pass the ball it defines you. it defines the way you should be playing football. Sometimes a slightly right pass can change the whole dimension of the game.
Also, See: Cristiano Ronaldo Skills, Goals, Angry Moment, Respect Moments and Celebration.

If you are a good passer and dribbler but you still can't control the ball when its played towards you, you can never become a good footballer. You need to receive and handle the ball that is passed towards you.

Here is the link of some Humiliating & Intelligent Skills in Football


Marco Asensio came off the bench and delivered as he scored twice early in the second-half to lead Real Madrid to a 3-1 win over Juventus 3-1 in a pre-season friendly on Saturday. The Spaniard was introduced at the start of the second period and took less than two minutes to score. He then added his second in the 56th minute with both goals provided by new team-mate Vinicius Jr. It was the first defeat of the pre-season and the final match of the International Champions Cup campaign for Italy’s Juventus. The Serie A champions now open up their title defense at Chievo on August 18. They were without new signing Cristiano Ronaldo, who did not make his debut against his former team. The Portuguese superstar skipped the club’s US tour because he was recovering from his World Cup performance. Gareth Bale also scored for the European champions as the Welshman served notice that he is going to produce despite the loss of Ronaldo.
Posted by Salar Mohmand at 3:10 AM No comments:

We Created this playlist to inform and updated Ronaldo and Real Madrid Fans about Ronaldo Skills, Ronaldo Goals,Ronaldo Videos and all latest News Regarding Crisitano Ronaldo.Go and take a look , and then let us know you if you guys like it !!!
Posted by Salar Mohmand at 2:17 AM No comments:

Posted by Salar Mohmand at 8:13 AM No comments:

Goalkeepers and Players almost Kill Each Other ● HD ✔️

Posted by Salar Mohmand at 3:58 AM No comments:


Real Madrid, Barcelona and Manchester United have taken part in this summer's ICC, which has been played in the United States, China and Singapore
The fifth edition of the International Champions Cup is winding to a climax after Barcelona were crowned champions with a 3-2 victory over arch-rivals Real Madrid.
Zinedine Zidane's men conquered the Champions League and La Liga last season, but Lionel Messi and Co. got revenge with the first of at least five Clasicos in 2017-18 (two Supercopas and two league games to come).
With a footprint in both Asia and the United States, the annual pre-season ICC tournament involving Europe's top clubs taps into the huge fanbases that exist for those teams outside of their local markets.
It has drawn huge crowds and sees the clubs involved pocket significant appearance fees - rumoured to be worth up to $20 million - in addition to the longer-term commercial benefits of engaging with supporters across the globe.

The downside is the amount of travel involved, with many Premier League managers bemoaning their inability to hold a more focused training camp in one location due to their new international commitments.
With the ICC getting underway, here is everything you need to know about the latest competition.

WHAT IS THE ICC? 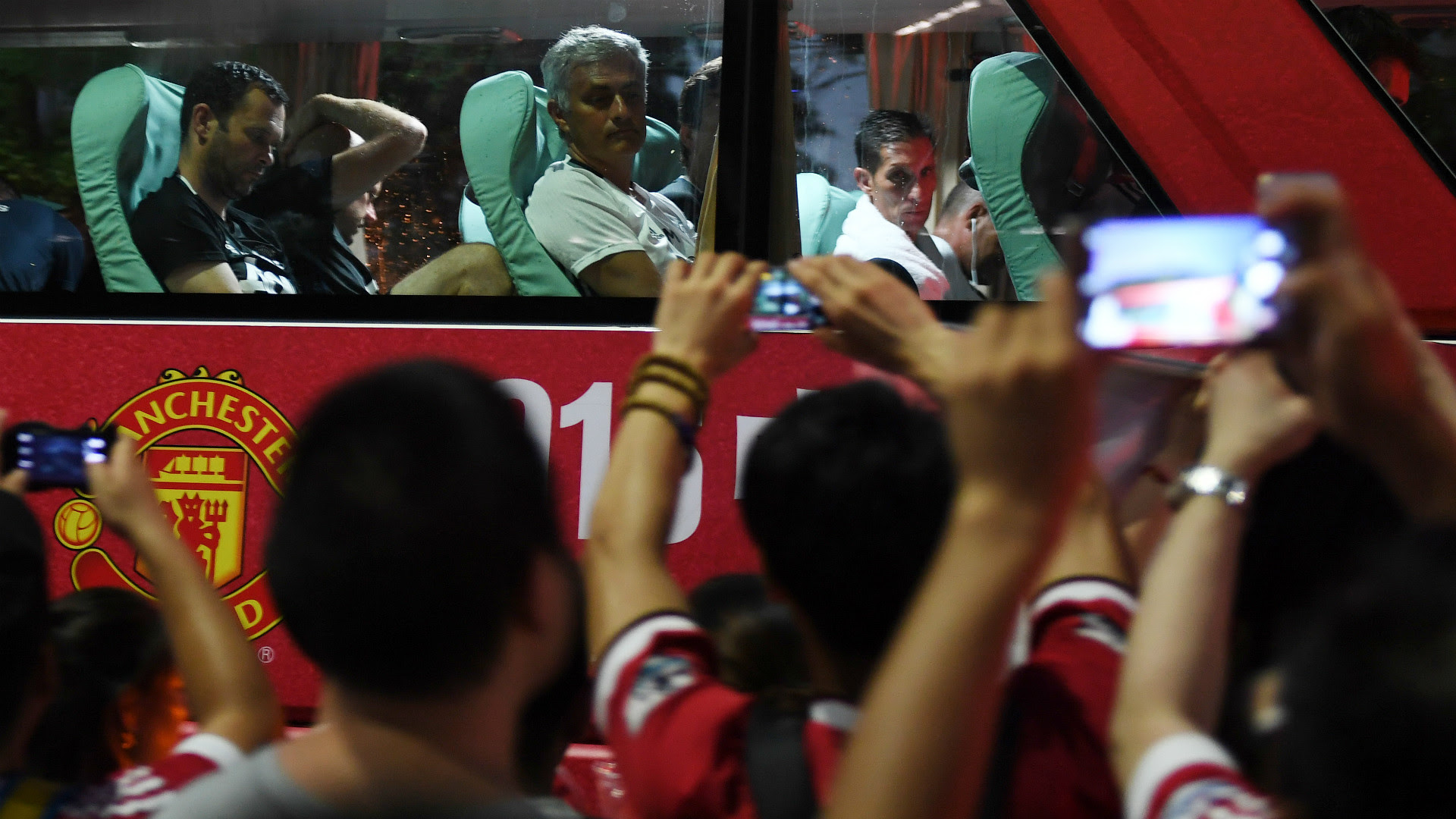 The International Champions Cup is a pre-season tournament that has been held every summer since 2013. For the past two years, the ICC has been split into three different regions; the United States, China and Australia. In the two years prior to that, it was held exclusively in the USA.
This year, Australia has been replaced by Singapore. China and Singapore will host seven games in total, while the USA section has 12 games on the schedule.
Bayern Munich and Inter will play in both the China and Singapore tournaments but all three are unrelated, with a separate 'champion' emerging from each one. In reality, those league tables mean very little as not all teams will play each other and some will play more games than others.
In short, the ICC is a series of exhibition matches in three countries played in large stadiums. It begins on July 18 and ends on July 30, getting everyone back in Europe by the start of August as the competitive campaign looms.

Roma, Lyon and Arsenal are the only teams entering the competition this year who were not involved in 2016, while Atletico Madrid, Celtic, Liverpool and Leicester City - as well as Melbourne Victory, who played on home turf in last year's Australian section - drop out.
Having played in Asia or Australia last year, Tottenham, Juventus and both Manchester clubs will visit the United States this summer while Chelsea, Bayern Munich and the two Milan sides will switch over to Asia.
Top 10 Goals of International Champions cup. 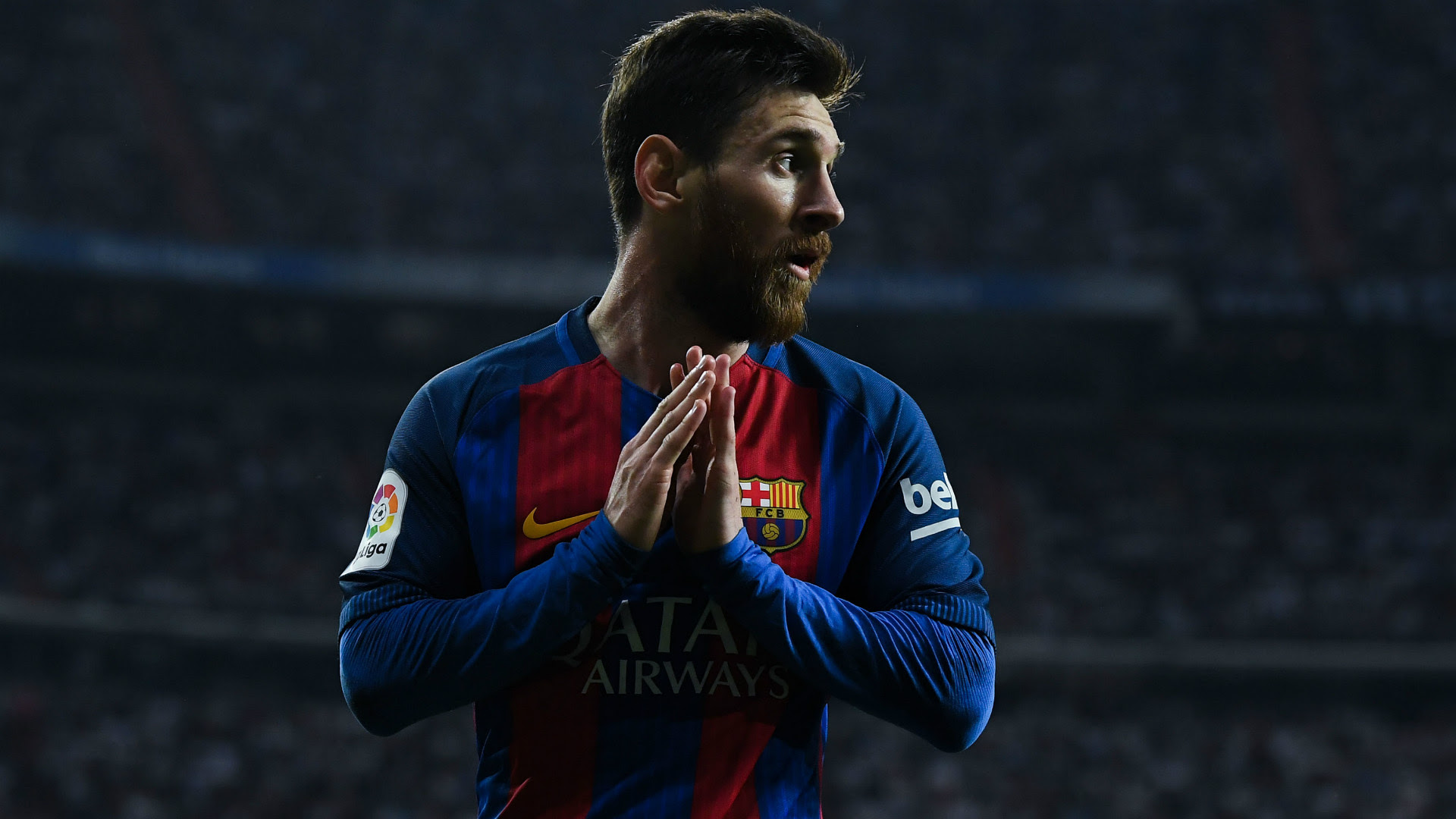 The ICC forms the bulk of most of the participating clubs' pre-season schedules, and as a result you can expect to see some of the world's biggest players take to the pitch.
The most notable absence, however, will be Cristiano Ronaldo. The Ballon d'Or holder has not travelled to the United States with Real Madrid and is not expected to play any part this year having featured at the Confederations Cup and then welcomed newborn twins into his family.
Exclusive interview with Mario Gotze
Neymar, Luis Suarez and a newly married Lionel Messi are all in Barcelona's squad, however, while Alvaro Morata was on Madrid's flight across the Atlantic despite speculation linking him with a summer transfer.
Germany goalkeeper Marc-Andre ter Stegen, like Ronaldo, played at the Confederations Cup and has been given an extended break by Barca. It has not yet been confirmed whether the same will apply to new signing Nelson Semedo, who featured for Portugal.
Manchester United, meanwhile, will have new signings Romelu Lukaku and Victor Lindelof to show off. Lukaku was holidaying in America with Paul Pogba and joined up with the rest of his new team-mates once his move from Everton was confirmed.
By turning down Manchester City in favour of Paris Saint-Germain, Dani Alves has set up a swift reunion with former club Juventus in Miami on July 26.

Due to the time difference between the USA and UK, many of the games played across the Atlantic Ocean will kick-off late at night in Britain or even in the early hours of the following morning.
Both local and UK times are listed below. Manchester United against Manchester City, for instance, will be played at 20:30 local time in Houston on July 20, which makes for a 02:30 start on the morning of July 21 in the UK.

WHAT ARE THE ICC VENUES? 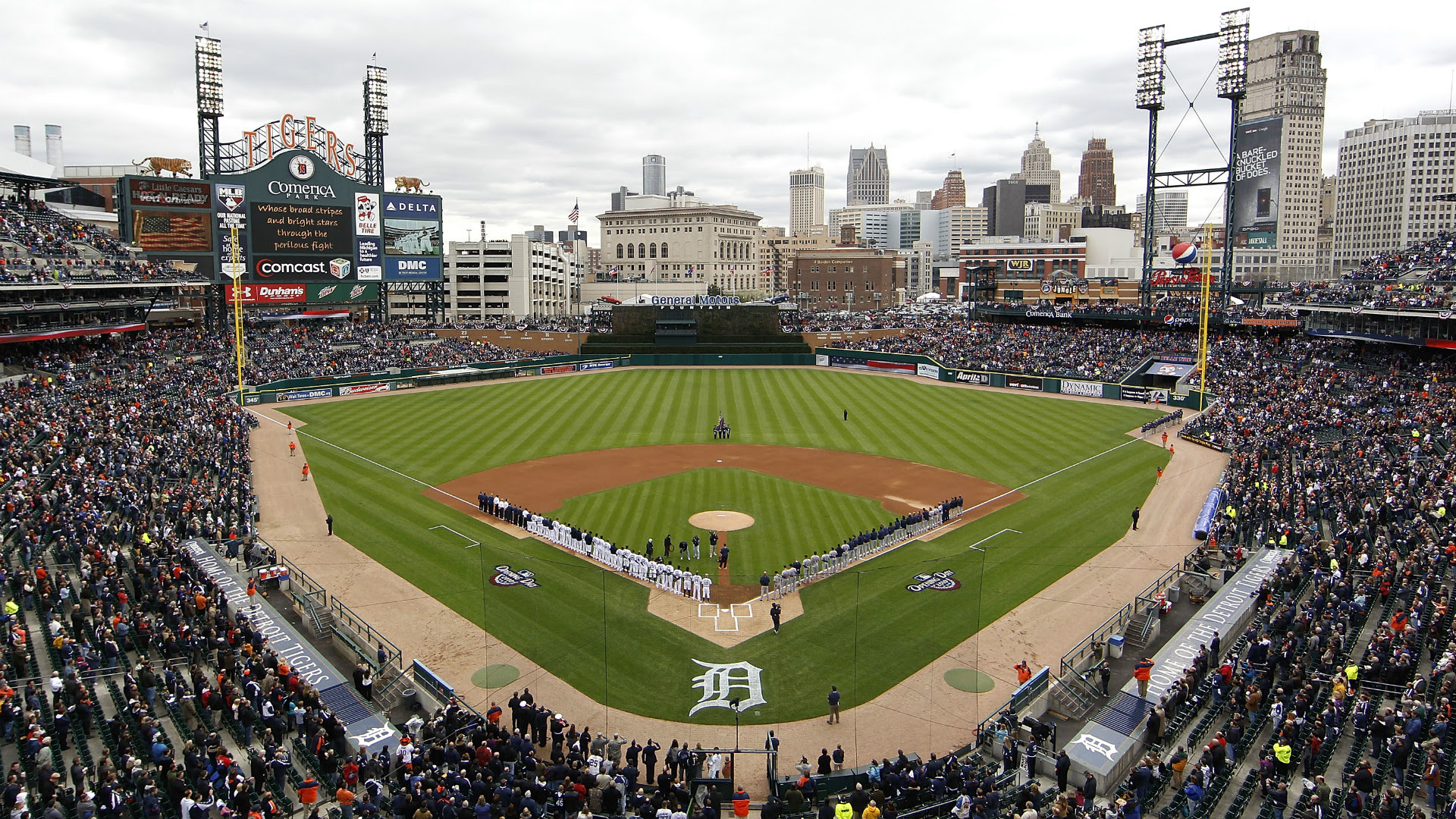 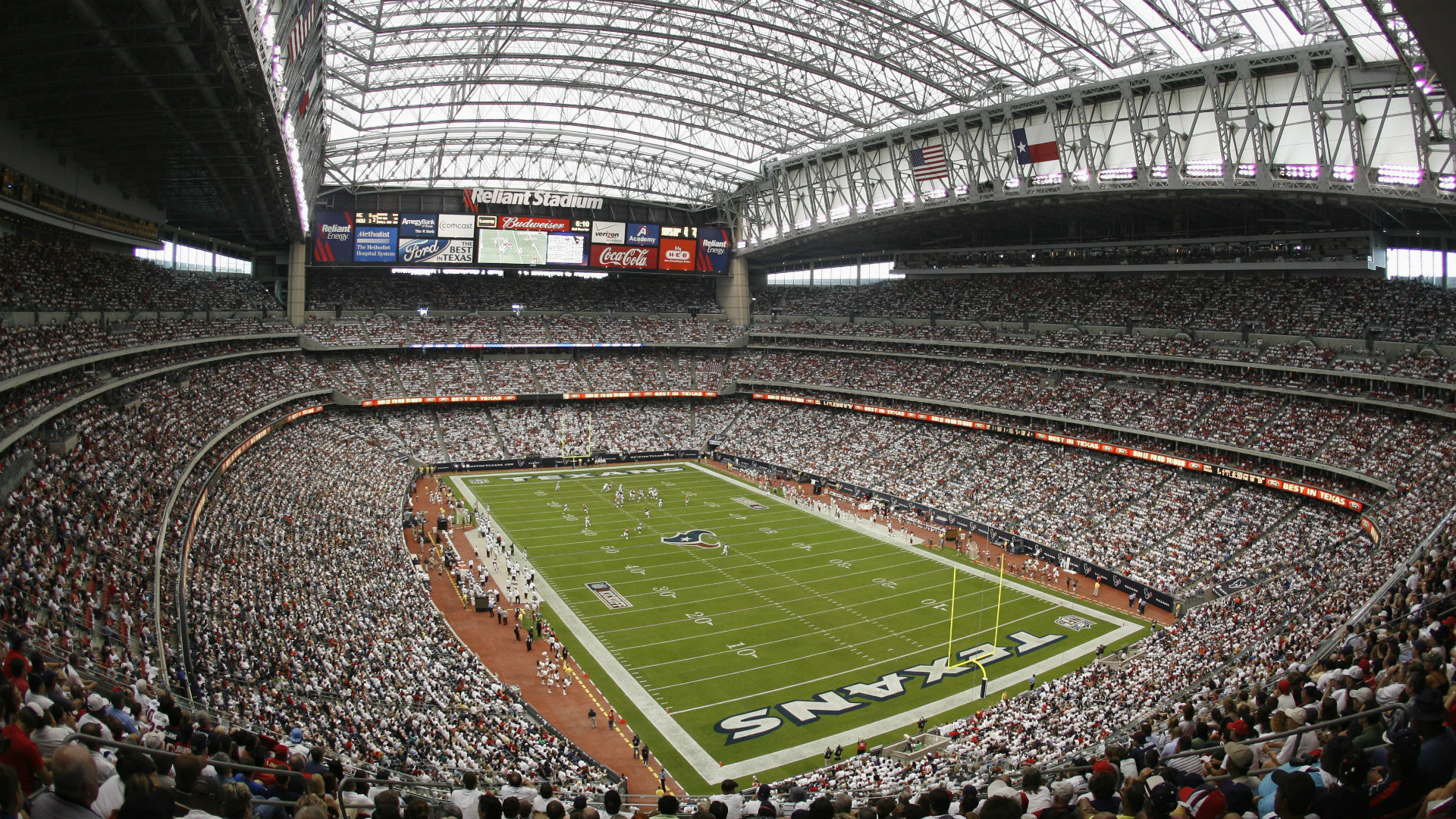 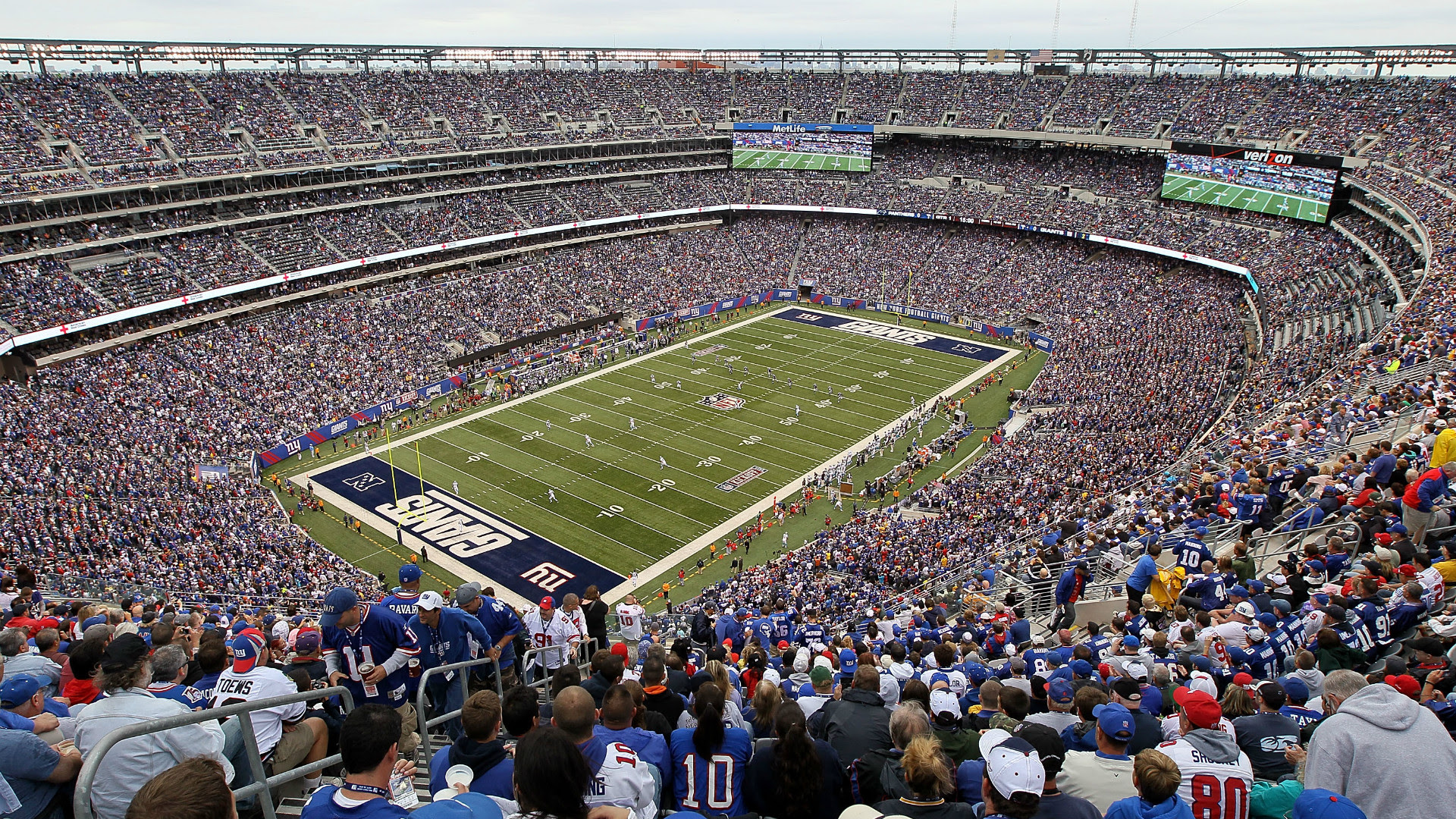 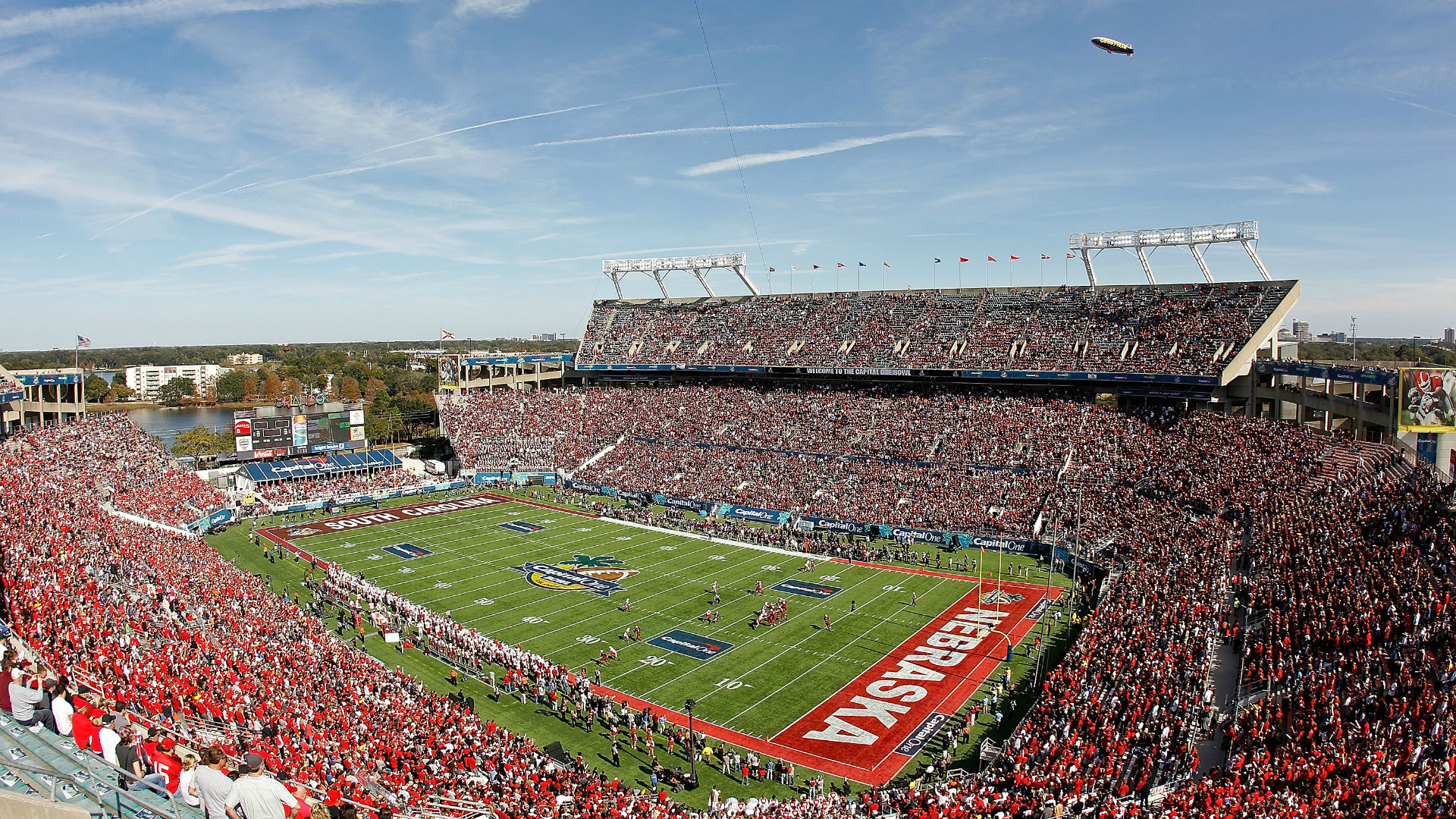 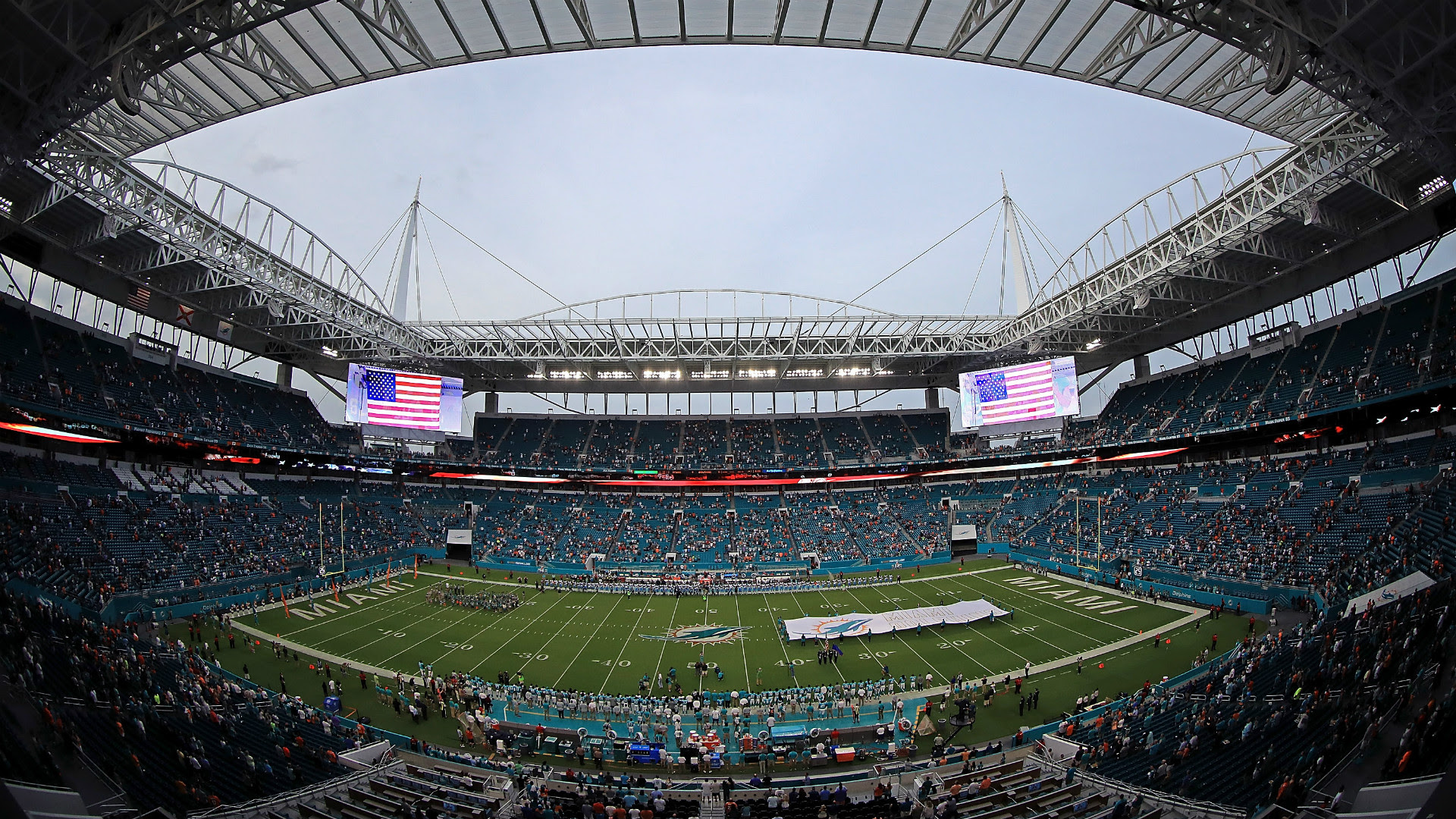 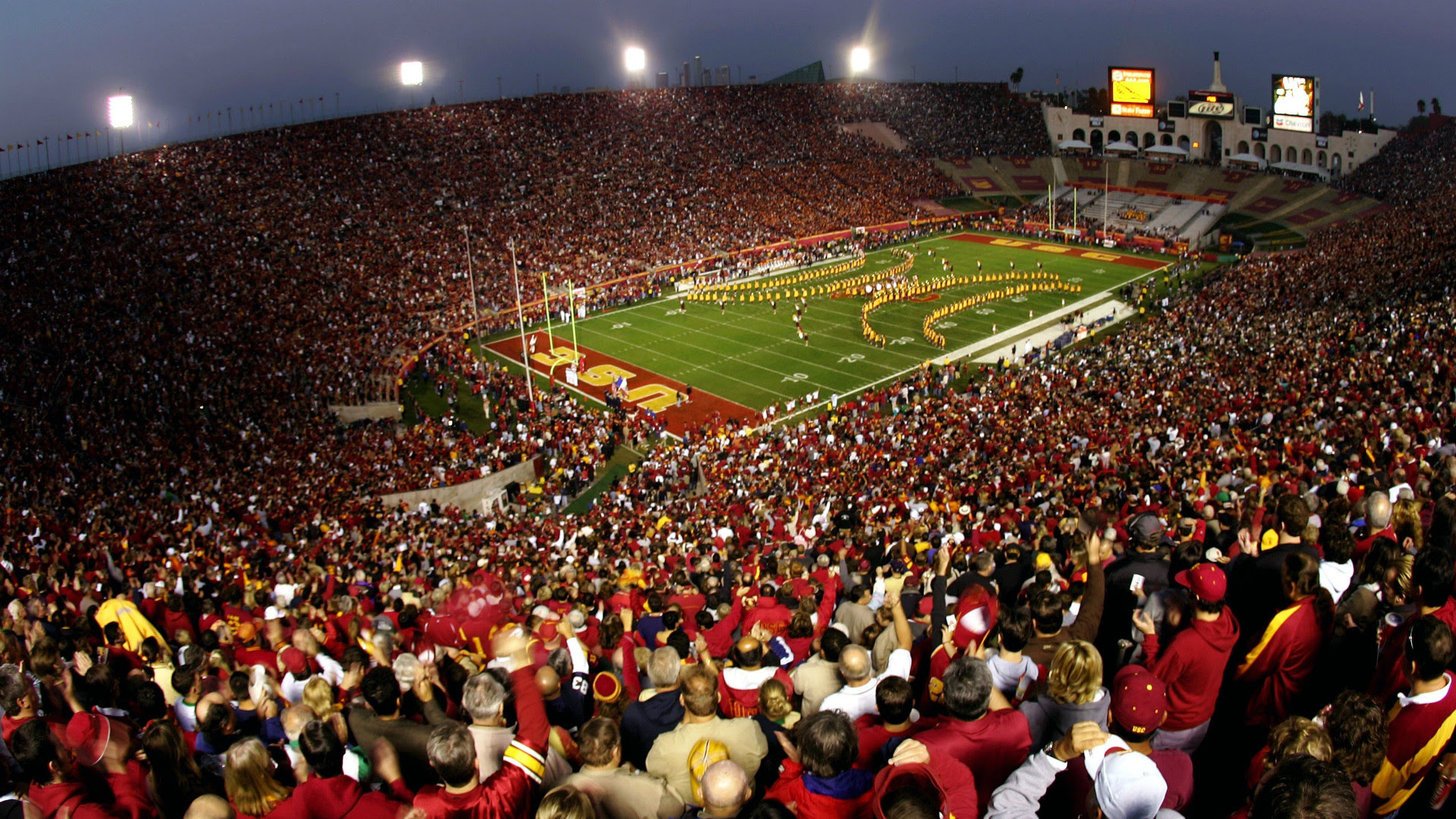 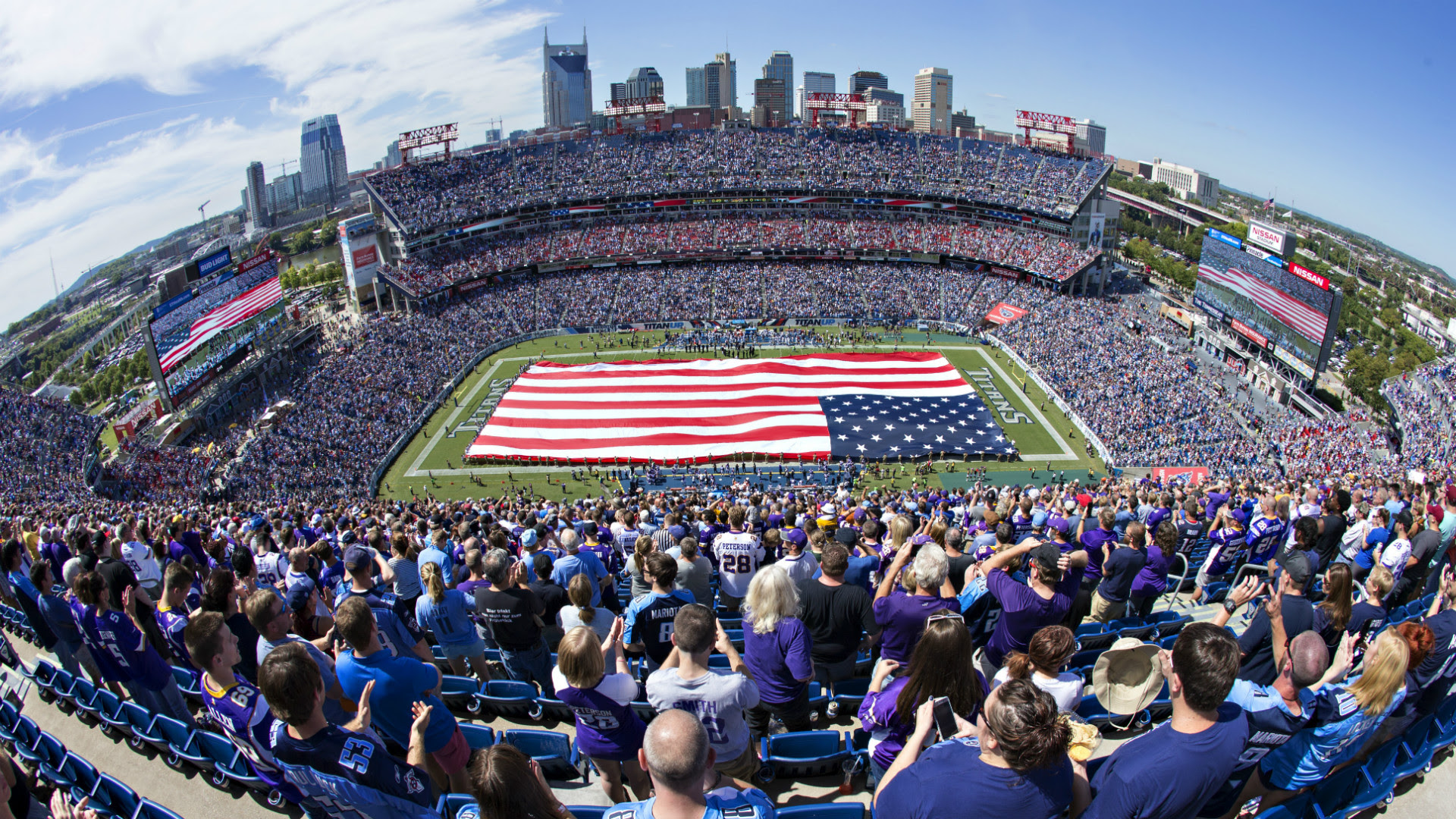 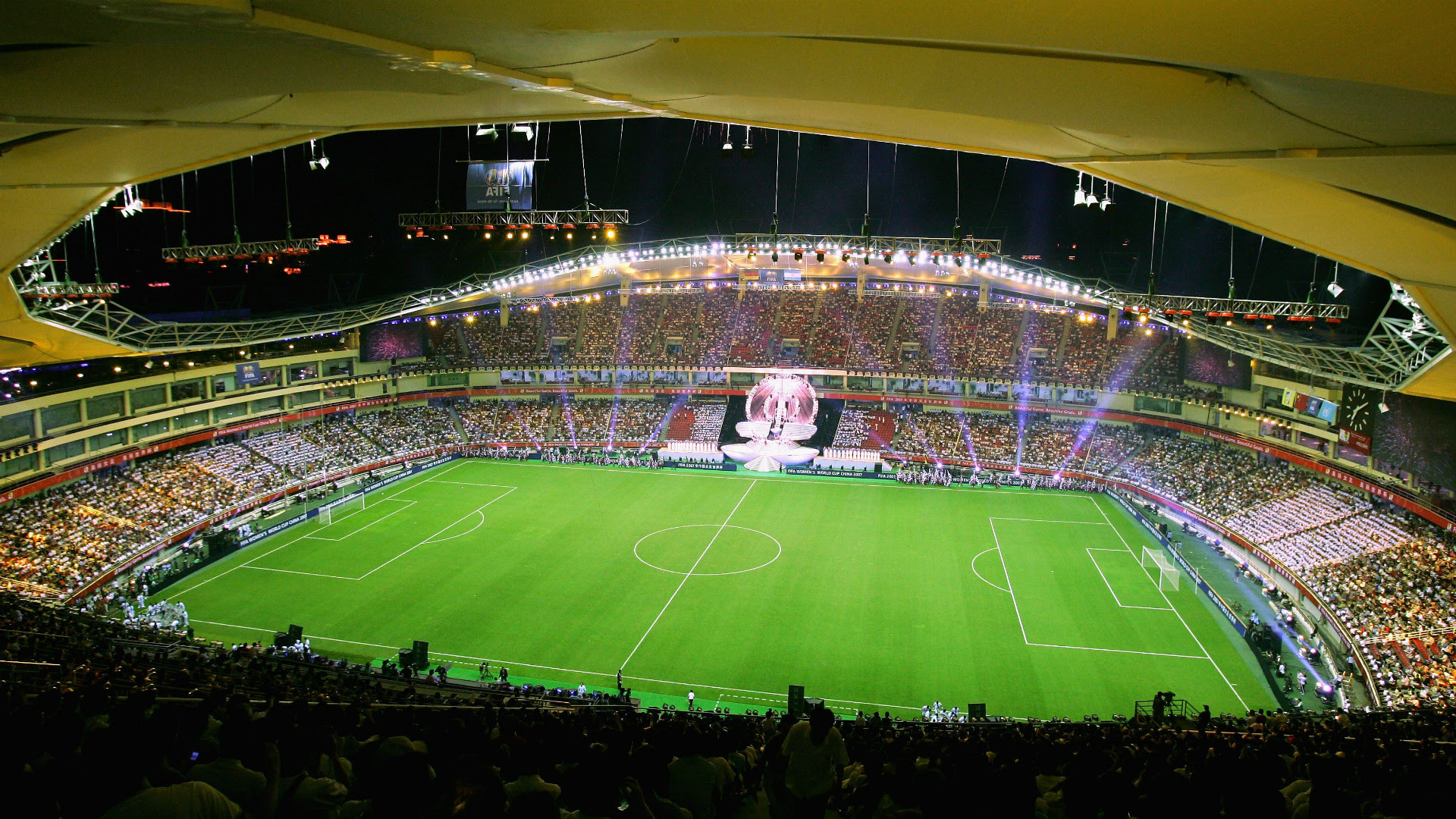 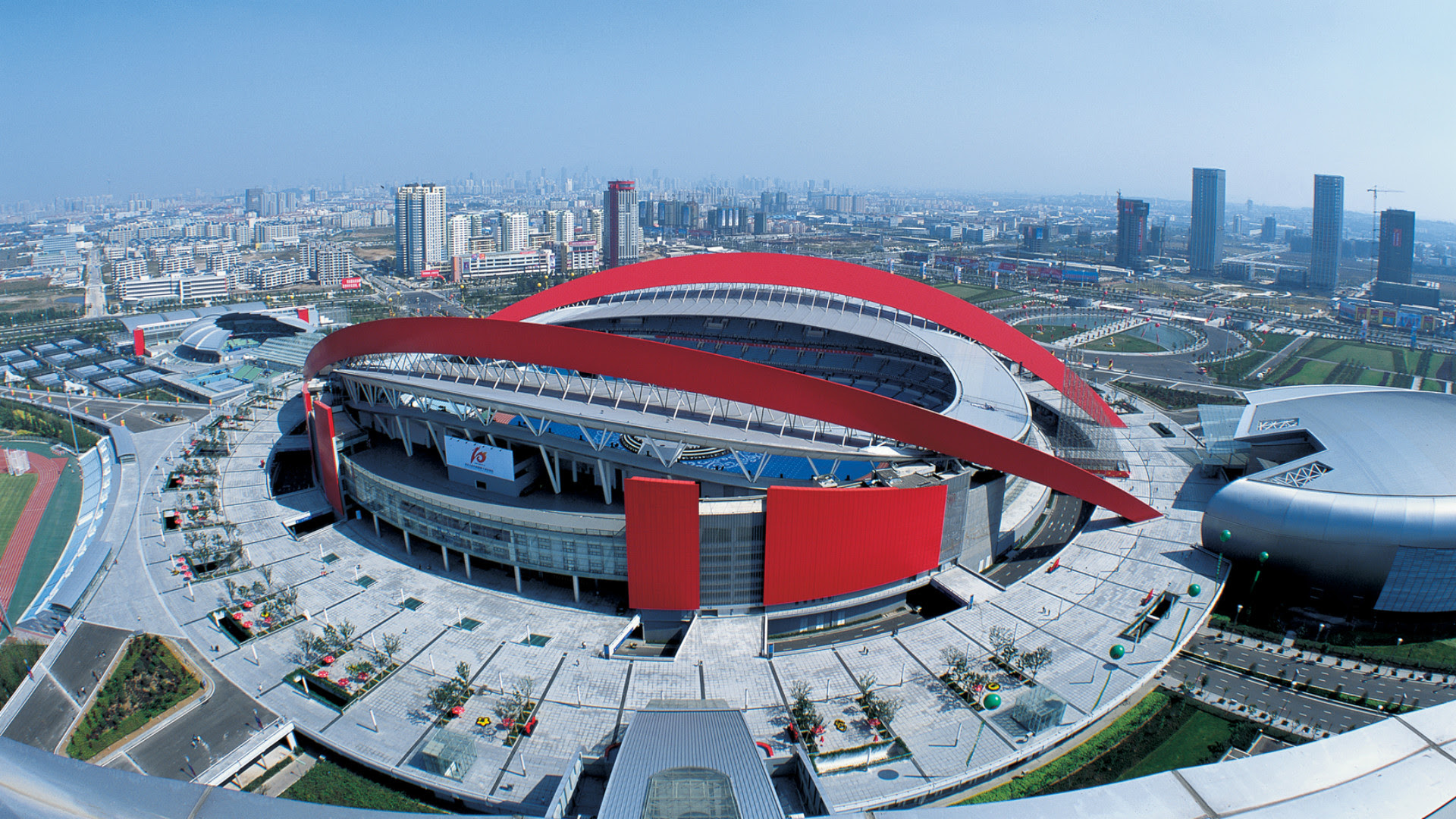 WHO WON THE ICC LAST YEAR?

The ICC has one winner in each location, but the 2016 International Champions Cup only had winners in two of the three regions due to the fact that the game in China between Manchester City and Manchester United was cancelled.
Juventus were the 2016 ICC Australia champions due to the fact they picked up an extra point for their penalty shootout defeat to Melbourne Victory, and therefore edged out Atletico Madrid for top spot.
Best Goals of International Champions Cup
A perfect record of three wins from three games meant that PSG were the 2016 ICC United States and Europe champions with nine points, finishing ahead of Liverpool, Chelsea, Barcelona and Real Madrid, who all won two of their games. Celtic finished bottom of the United States and Europe table with one point from their penalty shootout defeat to Leicester.
Posted by Salar Mohmand at 1:45 AM No comments:

Posted by Salar Mohmand at 3:31 AM No comments: